You Are Here: Home → Tottenham 2, Chelsea 0: Chelsea’s Streak Ends at 13 With Loss to Tottenham Tottenham 2, Chelsea 0: Chelsea’s Streak Ends at 13 With Loss to Tottenham 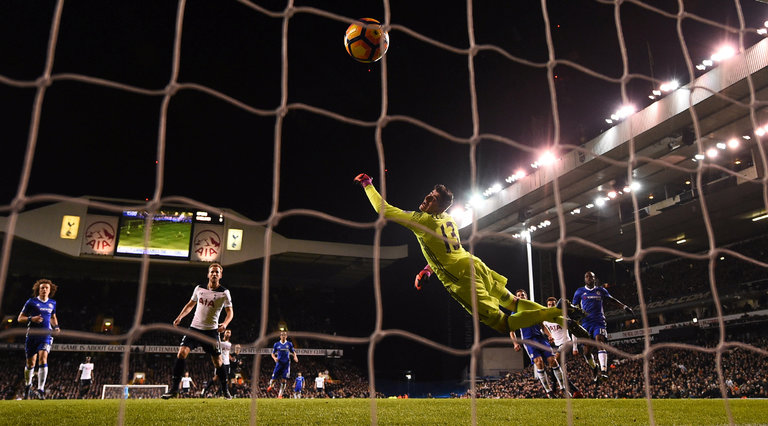 LONDON — Dele Alli bolstered his growing reputation by putting a stop to Chelsea’s 13-match winning streak, scoring two goals on headers on Wednesday to give Tottenham Hotspur a 2-0 home victory over the Blues, the Premier League leaders.

Defense has been the bedrock of Chelsea’s three-month hot streak, but Alli found space to score nearly identical goals, one in each half, after connecting with crosses from Christian Eriksen.

Alli, 20, who has now scored seven goals in four games, helped hand Chelsea its first loss since its last trip to north London, at Arsenal in September, and prevented the Blues from earning a league-record 14th successive win in a single season.

Chelsea still leads Liverpool by 5 points, but Tottenham is now only 7 points behind in third after a fifth…