You Are Here: Home → Tour de France Opens to Pomp and Crashes 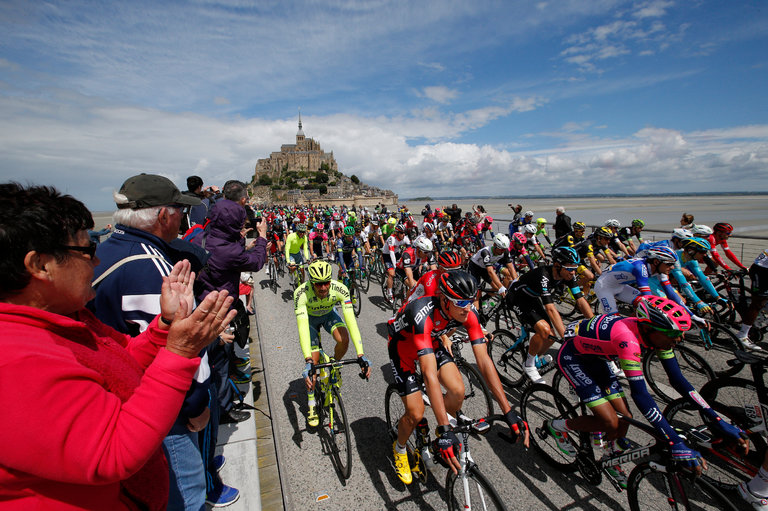 Riders began the first stage of the Tour de France on Saturday at Mont Saint-Michel, a Benedictine abbey atop a rock off the Normandy coast.

Cavendish won a sprint Saturday in a crash-marred Tour de France opening stage that finished on Utah Beach, where Allied troops landed on D-Day in 1944, and took the overall lead.

It was Cavendish’s 27th stage win — the third most for any cyclist in Tour de France history, behind Eddy Merckx (34) and Bernard Hinault (28) — but he had never won the opening leg, which is often a time trial.

Cavendish has already worn the leader’s jerseys at the Giro d’Italia and the Spanish Vuelta.

“It’s going be a special day tomorrow to ride a stage in yellow,” Cavendish said. “There was no better place to achieve this than Utah Beach, where soldiers died for us.”