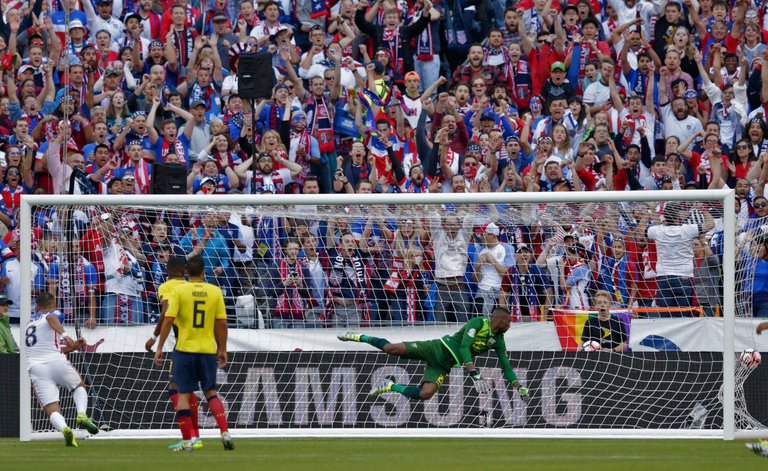 United States’ Clint Dempsey, left, scored against Ecuador in the first half of their Copa América quarterfinal match in Seattle.

SEATTLE — The first time the United States men’s national soccer team played in the Copa América was in 1993 in Ecuador. In its second game of that tournament, the hosts soundly defeated a United States team that was still largely composed of former college players.

Nearly a quarter century later, with the United States playing host to the tournament for the first time and featuring a team laden with experienced professionals, the Americans reversed the outcome and beat Ecuador, 2-1, in a contentious quarterfinal that reflected how far the United States has progressed in soccer over the past two decades.

On a night when both teams were shown red cards, and Ecuador Coach Gustavo Quinteros was ejected in the final minutes, it was the American players who celebrated by jumping into one another’s arms and dancing in the center circle, having secured a vital win on a grand stage.