You Are Here: Home → U.S.A. Gymnastics Is in Chaos. Gymnasts Keep Training. A system in disarray

Few gymnasts say they will miss Martha and Bela Karolyi’s Texas ranch, where the women’s national team trained for nearly 20 years until U.S.A. Gymnastics cut ties in January. Many were molested there by the former team doctor Lawrence G. Nassar, and the Karolyis are accused of creating an environment that both facilitated his predation and was abusive in its own right. In the week, both The Associated Press and The Dallas Morning News published major investigations of mistreatment there.

But many gymnasts do miss the monthly camps where they trained with the national team staff and performed their routines as though they were in competition. Contenders for approaching international events attended a selection camp at Louisiana State University on Sunday, but the regular camps have not been held since November.

“Camps are not just about training,” said Olivia Dunne, 15, who has attended them since she was 10. “At each camp, we compete and get experience completing routines under pressure.” 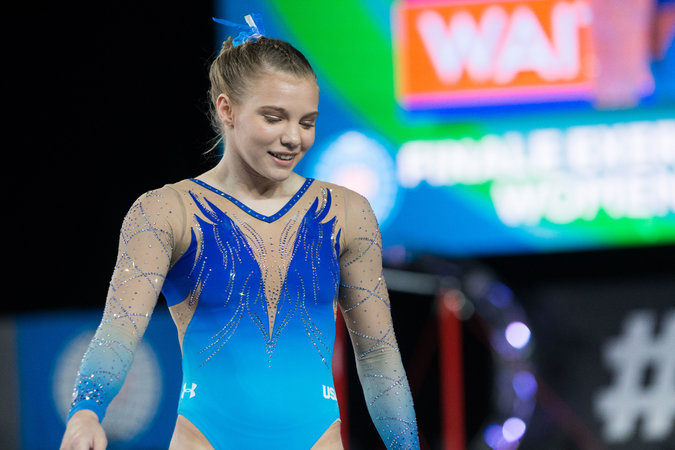 Jade Carey after winning a silver medal at the 2017 World Artistic Gymnastics Championships.