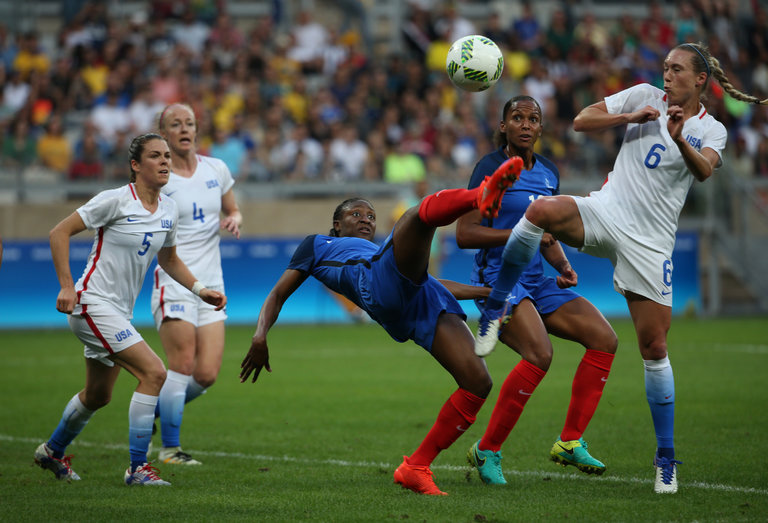 RIO DE JANEIRO — In winning the 2015 women’s World Cup, the United States was fortunate to avoid a surprisingly strong French club that lost to Germany in a quarterfinal game in which France seemed to be the better team.

So Saturday’s first-round match between the Americans and the French was, in some ways, the World Cup game that never happened. The United States scored the only goal at the Mineirão stadium in Belo Horizonte, in which the crowd again jeered the American goalkeeper Hope Solo and the French created most of the scoring chances.

The 1-0 victory was the Americans’ second straight and moved them into the quarterfinals of the tournament, although they still have one more game to play in the first round — against Colombia, in the Amazon.

The French, who beat Colombia in their first game and still must play New Zealand, are still likely to advance, too. It would not be surprising if the United…