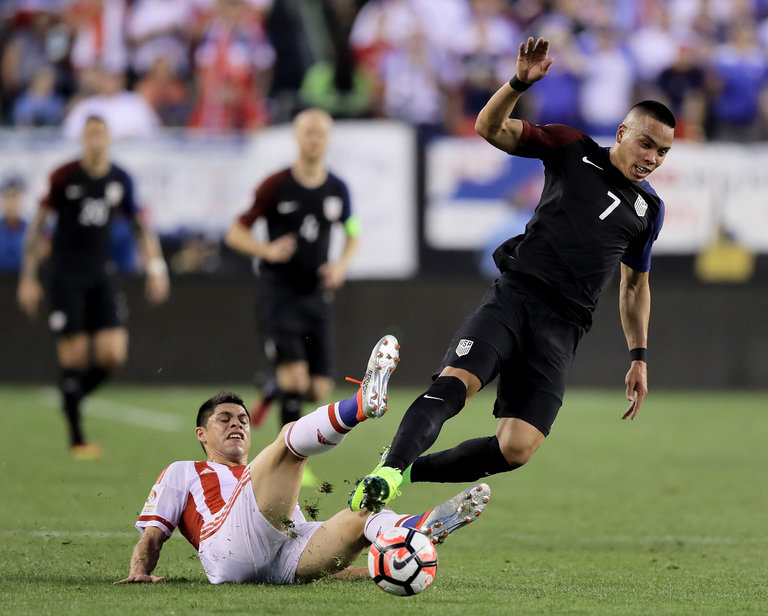 United States’ Bobby Wood was tripped by Miguel Samudio of Paraguay in the second half.

PHILADELPHIA — The United States knew the Copa América math days before it took the field against Paraguay on Saturday. A win or a tie would mean advancement to the quarterfinals. A loss would mean elimination.

It was the solution to that problem that was surprising: 10 men and one goal equaled a second life.

Riding a first-half goal by Clint Dempsey and overcoming the second-half ejection of defender DeAndre Yedlin, the United States held off Paraguay, 1-0, to seal its place in the quarterfinals later this week. Instead of the Americans’ facing the ignominy of a first-round exit, it was the Paraguayans heading home.

The United States, which won Group A because of Colombia’s loss to Costa Rica on Saturday night, will next play in Seattle on June 16 against the runner-up of Group B, who will be determined on Sunday after Ecuador faces Haiti and Brazil plays Peru. But the Americans were not worried about their next opponent as they basked in a warm…