W.N.B.A. players have long spent up to half their year overseas, looking to capitalize on their earning potential for foreign teams that offer more lucrative salaries than those available stateside. Some players, like Vaughn, even become naturalized citizens in the countries where they play, which allows them access to national team competitions and additional income.

For the Liberty, who have a 3-3 record after a 93-89 victory at Madison Square Garden on Friday over the Dallas Wings, EuroBasket comes at an inopportune junction. Guard Epiphanny Prince, who became a naturalized citizen of Russia in 2010, will also compete at the tournament, which begins June 16.

In May, Laimbeer said he hoped to have a read on his team after about four games. But the early litmus test on the Liberty’s DNA remains largely inconclusive, a troubling sign for a team that harbored championship aspirations. The Liberty finished with the best record in the Eastern Conference the past two seasons. 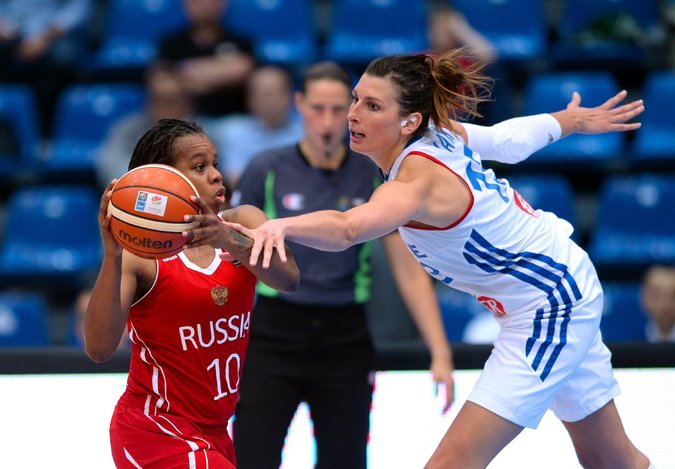 Epiphanny Prince (with ball) will play for Russia in the EuroBasket tournament.