You Are Here: Home → Waves of Dark History Break on an Olympic Pool Waves of Dark History Break on an Olympic Pool

Both seascapes mimic the experience of being surrounded by whorling waves, as if from a swimmer’s point of view. “I was looking for the sensation of vertigo,” Ms. Varejão explained, “so someone can be totally immersed in a sea of Baroque waves.” 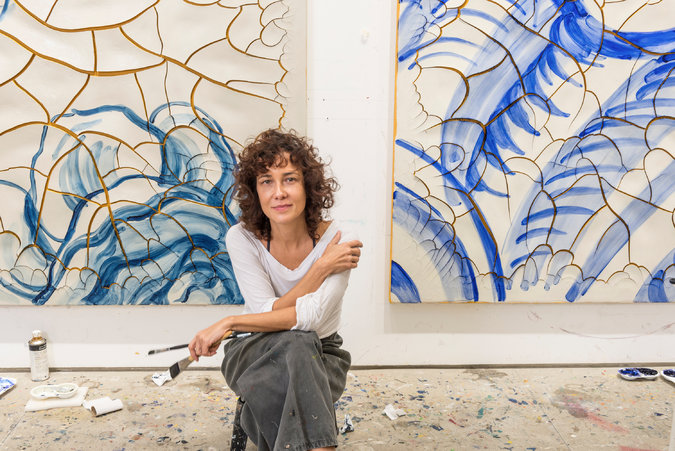 Adriana Varejão, an artist whose work is steeped in a history that is dark and complex.

Ms. Varejão’s is among Inhotim’s largest pavilions, which are scattered amid 2,500 lush acres and function as permanent solo galleries for contemporary artists. Ms. Varejão, who has two children, is married to Pedro Buarque de Hollanda, a film producer.

The pavilion’s upper floor is devoted to “Celacanto…