You Are Here: Home → Wayward Curveballs, Bungled Grounders and Missed Throws Add Up in Indians’ Loss 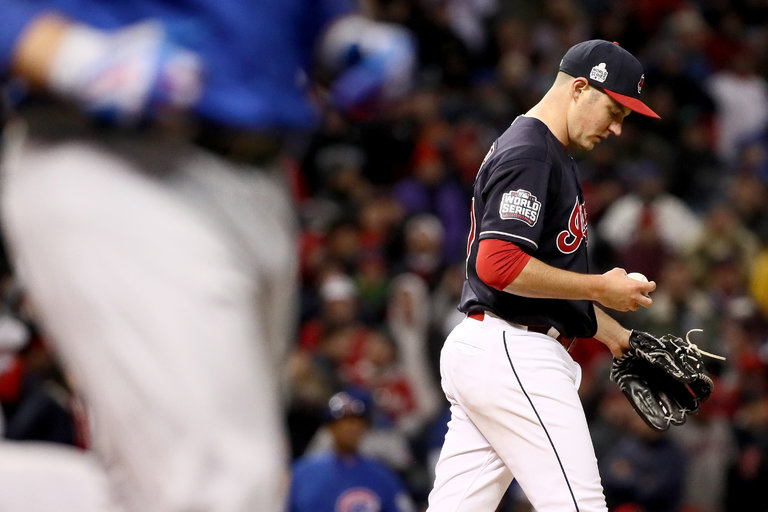 The Indians’ Trevor Bauer after walking Chicago’s Anthony Rizzo in the third inning.

CLEVELAND — There has been ample discussion of oddities like curses and billy goats tormenting the Chicago Cubs, but there are some bizarre circumstances affecting the Cleveland Indians this year, too. Among the factors that worked against them in Game 2 of the World Series on Wednesday were a malfunctioning drone and an injury incurred during a postgame celebration.

Maybe the Indians, who have not won a World Series since 1948, are the ones who are cursed.

Trevor Bauer was the man with the drones. He loves them. He builds them, plays with them and has a fleet of them. But while working on one earlier this month, he sustained a bad cut on the pinkie of his pitching hand that required stitches.

That injury knocked him out of his previous start, in Game 3 of the American League Championship Series, after only two-thirds of an inning because the finger started bleeding profusely. Before that, he had most recently pitched on Oct. 6, so in the 19 days leading…