Canada’s starter, Ryan Dempster, might have had a better chance in the last decade, when he was an All-Star for the Marlins and the Chicago Cubs. But Dempster, 39, has been retired for three years. He gave up seven hits and four runs in two innings. 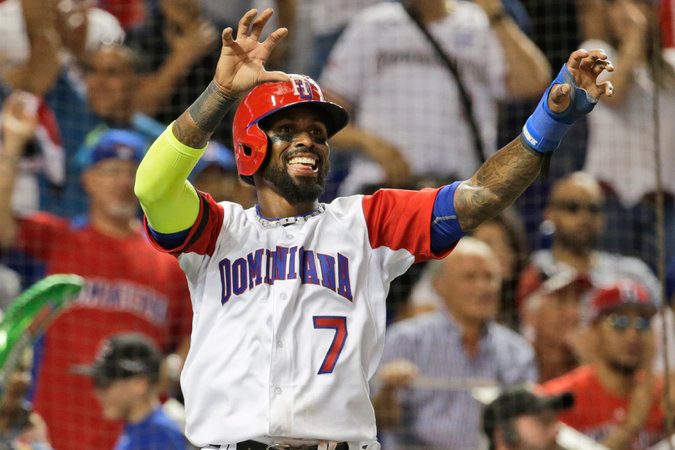 The Mets’ Jose Reyes after scoring a run in Thursday’s victory. He said representing his country at the World Baseball Classic was “a beautiful opportunity.”

Some starters are reluctant to play in a March tournament, because their arms are not yet ready to work deep in games. Even with a pitch limit (65 in the first round), many top starters would rather stay with their teams than risk exerting themselves too much too soon. Clayton Kershaw, Chris Sale, Madison Bumgarner, Corey Kluber and Noah Syndergaard are among the many elite starters from the United States who passed.

But the Americans are still deep, and they may need that depth in their first game Saturday against Colombia, which will start the All-Star left-hander Jose Quintana of the Chicago White Sox. Chris Archer, a 2015…