You Are Here: Home → Y.A. Tittle, Quarterback Who Led Giants to 3 Title Games, Dies at 90 “He was somebody who had come from somewhere else, who’d been gotten rid of, and a lot of New Yorkers can identify with that.”

Though he was the first to admit that he didn’t look the part — “I’ve been old and baldheaded and ugly since I’ve been 28,” he reflected long afterward — Tittle became a marquee figure with the Giants and one of their most popular players. The Giants’ radio station played the novelty song “I’m in Love With Y. A. Tittle,” and when Tittle connected on long passes, Yankee Stadium reverberated to chants of “Y. A., Y. A.”

Tittle led the Giants to Eastern Conference titles in 1961, ’62 and ’63, though they were beaten each time in the N.F.L. title game. 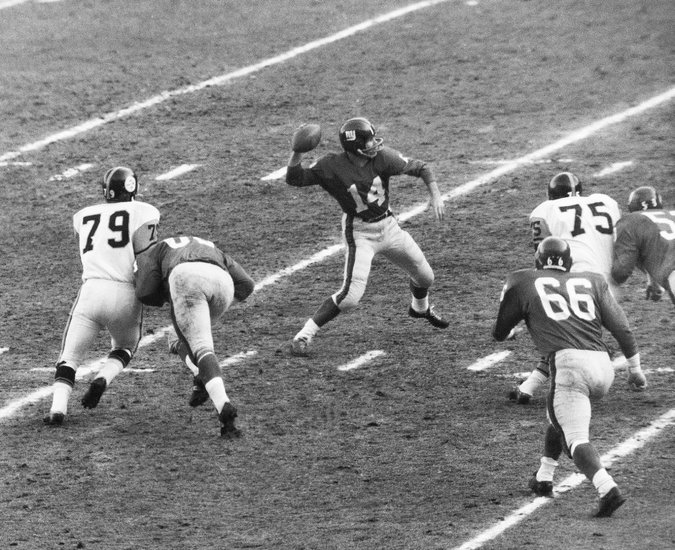 Y.A. Tittle during a 1963 game against the Pittsburgh Steelers at Yankee Stadium. The Giants won the game to become Eastern Conference champions of the N.F.L.