You Are Here: Home → Yankees 2, Rangers 1 | 10 innings: Yankees’ Masahiro Tanaka Prevails in a Duel With a Japanese Flavor After the Rangers could not capitalize with the bases loaded in the top of the 10th, Ronald Torreyes hit a two-out single to score Gary Sanchez in the bottom of the inning and leave everyone in pinstripes pretty happy.

“His best performance of the year — he had everything going tonight,” Yankees Manager Joe Girardi said of Tanaka afterward. “When you get a performance by Tanaka like that, where he shuts down a team that’s been scoring runs and is able to hit the ball out of the ballpark, you need to win that game.”

As for facing Darvish for the first time in the major leagues, Girardi said, “I’m sure it meant a lot to him to go toe to toe.” 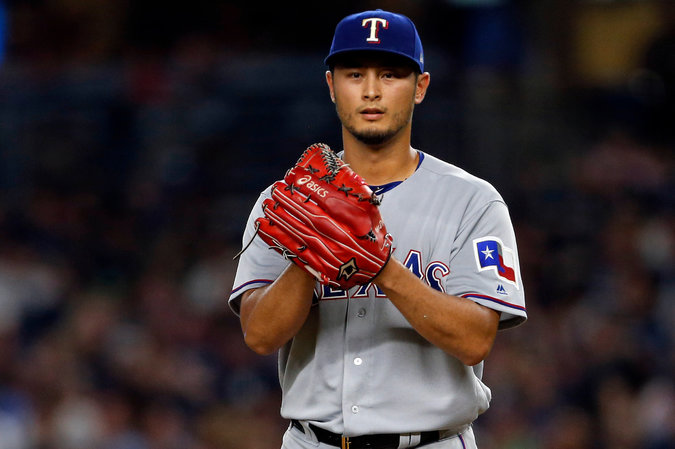 Yu Darvish struck out 10 in seven innings for Texas, allowing two hits and no runs. In Japan, Darvish and Tanaka faced each other four times.

Tanaka admitted as much afterward, saying he was “excited going into the game” because he was facing Darvish. “But once the game starts, you’re not actually going against Darvish, you’re going against…