A year after losing a three-games-to-one lead to the Chicago Cubs in the World Series, the Indians lost three straight to the Yankees — and, just like last season, the final defeat came at their own ballpark.

The Yankees now head to Houston, where they will begin the American League Championship Series on Friday against a familiar nemesis: the Astros left-hander Dallas Keuchel, who helped eliminate them in the 2015 wild-card playoff.

The Yankees, though, are unlikely to be cowed after having rallied to knock off the Indians, who had roared their way to an American League-leading 102 victories and had lost only four times between Aug. 23 and the end of the regular season.

“Any time you’re down 2-0, and particularly the way it happened — it was a tough loss — it shows a lot about them,” Hal Steinbrenner, the Yankees’ principal owner, said as he stood outside the jubilant clubhouse. “They’ve been loose the entire time, just lighthearted the entire time, had their backs the entire time.” 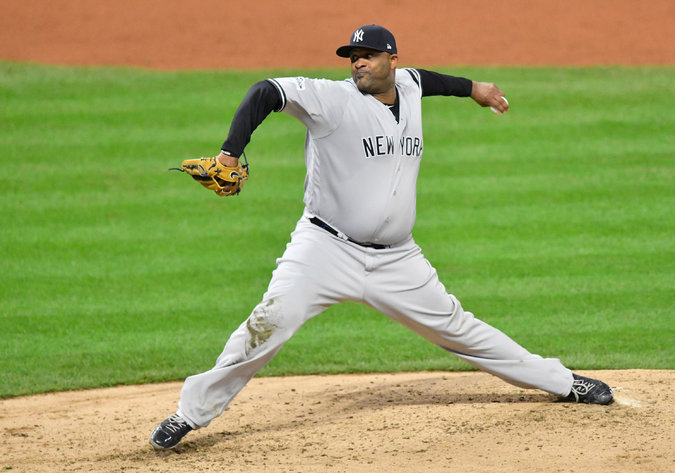 C.C. Sabathia struck out nine batters on just 67 pitches but he was removed with one out in the fifth inning after allowing a run to score.
…