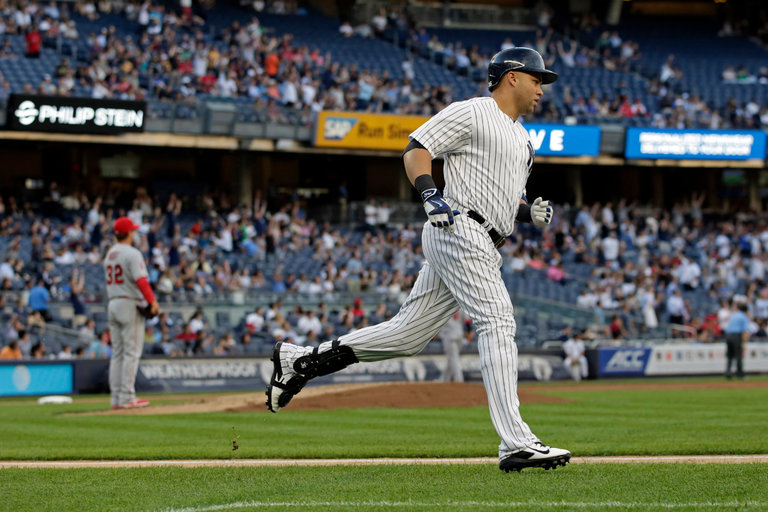 Carlos Beltran after hitting a two-run homer that helped the Yankees jump out to a 5-0 lead.

Michael Pineda had his longest outing of the season, containing the Los Angeles Angels for seven innings, and the Yankees bullpen safeguarded a 6-3 win Tuesday night at Yankee Stadium.

Andrew Miller earned the save after Aroldis Chapman, normally the Yankees’ closer, pitched in the last three games.

Pineda allowed only one hit through four scoreless innings. In his previous five home starts this season, he had yielded a first-inning home run with two outs each time.

Pineda finally encountered trouble in the fifth, giving up three runs, including a two-run homer by Kole Calhoun.

Instead of crumbling, Pineda retired the Angels in order in the sixth and the seventh to cap his second straight encouraging start. Last Thursday, Pineda held the Detroit Tigers to one run over five and two-thirds innings in a no-decision.