You Are Here: Home → Yankees 6, Astros 3: Mark Teixeira’s Bat Shows Pop in Spot Where Yankees Need It Most 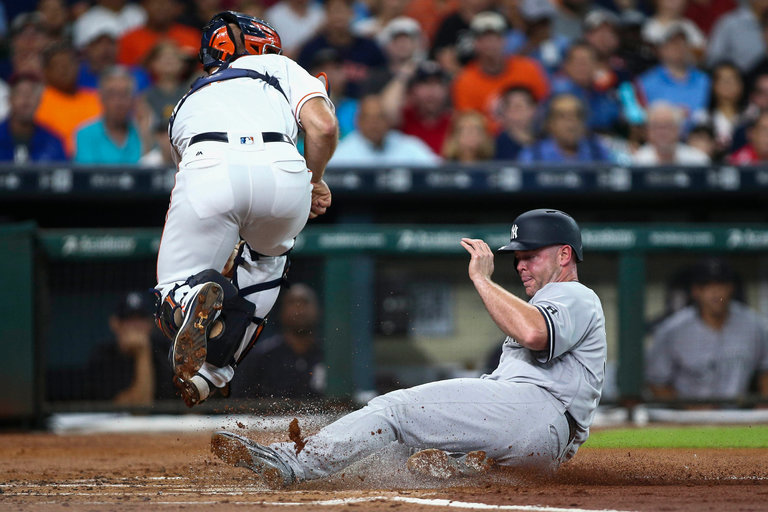 Brian McCann, right, tied the score on a sacrifice fly by Didi Gregorius in the second inning.

HOUSTON — Perhaps it is foolish to read too much into one game, but there was a particularly heartening sign for the Yankees in their 6-3 victory over the Houston Astros on Tuesday night.

It appeared through glimpses of life in the bat of Mark Teixeira.

Teixeira, a slugger who has been injured and diminished this season, so much so that he was recently dropped to seventh in the batting order, rifled a double and a single, worked a walk and drove a ball to the right-field warning track before striking out in his final at-bat.

The Yankees have been playing their best baseball lately, on Tuesday winning for the 11th time in 16 games to creep within six and a half games of first-place Baltimore in the American League East and move to four games out of a wild-card berth. In the first two games of the Astros series, they have beaten Dallas Keuchel, the reigning Cy Young Award winner, and the Astros’ best pitcher this season, Doug…