You Are Here: Home → Yankees’ Jordan Montgomery Hit in Head by Ball During Batting Practice 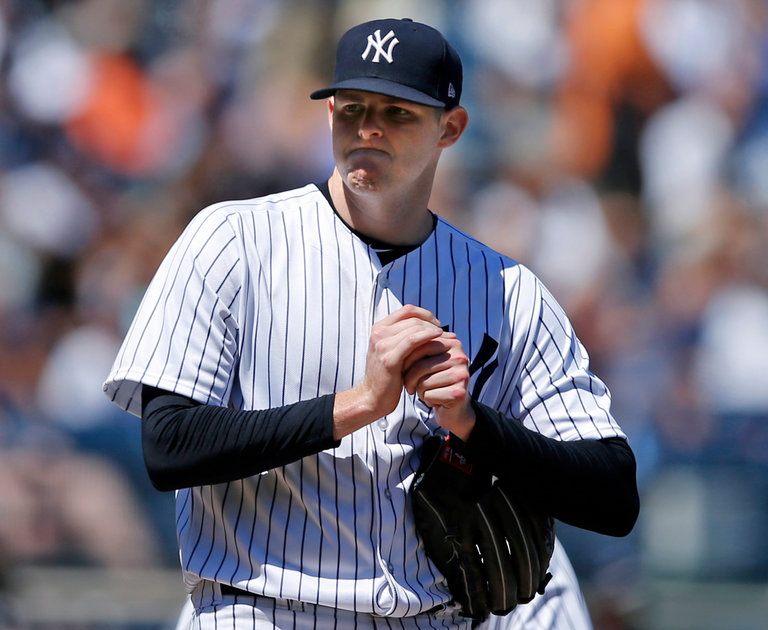 Yankees starter Jordan Montgomery during a game in July. Montgomery was hit in the head by a ball during batting practice on Saturday but was expected to make his pitch on Sunday.

Yankees pitcher Jordan Montgomery was struck in the head by a foul ball while he signed autographs down the right-field line during batting practice before Saturday’s game against the Red Sox at Yankee Stadium.

The Yankees said that Montgomery had been evaluated by the team’s medical staff and that he was still expected to start the series finale against the Red Sox and their ace, Chris Sale, on Sunday.

Marakovits said that Montgomery was not knocked to the ground and did not appear to lose consciousness, but did need help to walk off the field.