You Are Here: Home → Fantasy Football: Players to Start in Week 9 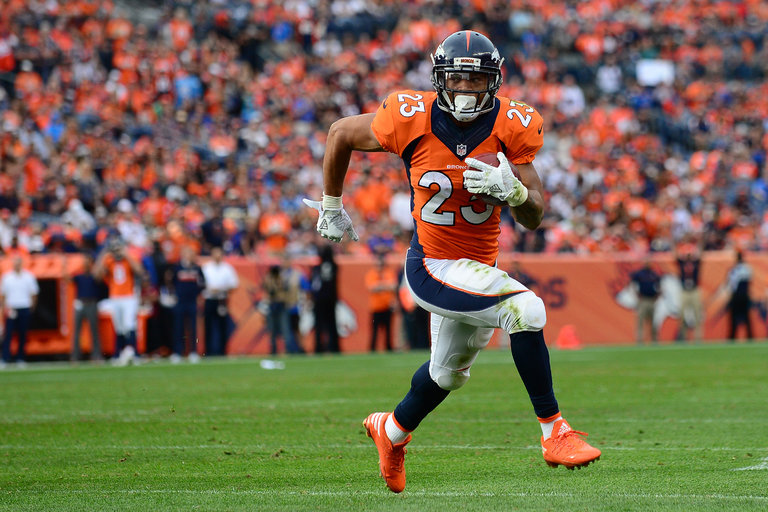 Broncos rookie Devontae Booker has scored touchdowns in his past two games, and could have a big game against the Raiders.

The Sablich brothers have provided award-winning fantasy football advice for The New York Times since 2010. See their weekly player rankings and visit 5thDownFantasy.com for more fantasy analysis. You can also ask them questions through their Twitter account, @5thdownfantasy.

Dak Prescott (DAL at Browns) — It is difficult to imagine the Cowboys taking the starting job away from Prescott after he has led them to six consecutive victories and is third in the N.F.L. in adjusted yards per pass. But just in case Tony Romo does return as the starter, get Prescott in as many fantasy lineups as you can, while you can. Prescott gets the coveted Browns fantasy matchup this week. Last week, the Jets’ Ryan Fitzpatrick was the first quarterback not to pass for at least two touchdowns against Cleveland, which has allowed the fourth most fantasy points to the position this season. Meanwhile, Prescott is coming off…